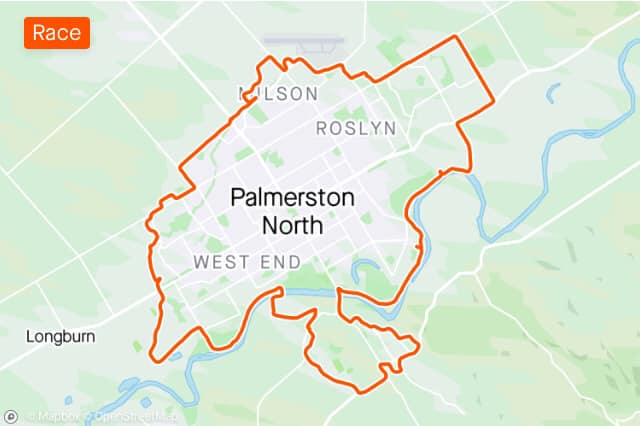 After saying for years that I "would never run a marathon", I started pondering whether I should try one to really test myself.  You know, just to see if I could.  They say your goals should excite you and terrify you at the same time.  The marathon did that for me.  As it happened, my husband had been thinking pretty much the same thing, so we decided we'd run our first marathons 'together'. We decided on the Hawke's Bay Marathon in May (main pluses of this event was it was close to home and we had someone to stay with!), and we started training.   Then, in late March, COVID-19 forced a nationwide lockdown that had us 'staying at home, saving lives'.  It was a pretty anxious time for a lot of people, including myself.  I decided in that first week to back off on the marathon training and just take it easy.  I figured the marathon would be postponed or cancelled anyway so no point busting a gut and adding more stress to my body in those anxious times.
Post a Comment
Read more 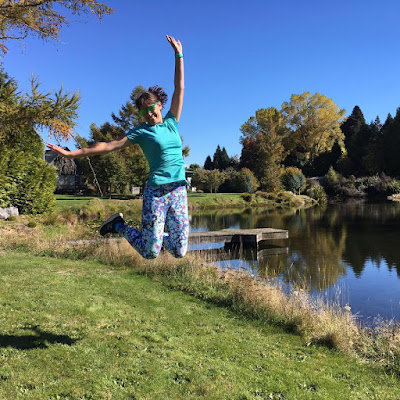 Exciting news! I've joined the Zeenya Ambassador team for 2020! If you haven't heard of Zeenya yet, they're are a NZ company who spread the joy of colour through fun, limited edition activewear.  I'm stoked to be able to represent them as I love everything about this company, including their amazing community they've created. I first discovered Zeenya through instagram more than two years ago, loving how confident and amazing Eve (@lifeinmotioneve) looked in her amazing collection.  It wasn't a full leap into bright and colourful though, first choosing their gateway print 'marinho' (meaning navy).  I loved the feel and quality of the leggings and it wasn't long before I had collected more. Check out their website www.zeenyaclothing.com , for all the beautiful prints currently on offer.  New prints are dropped every 2-3 months so keep an eye out on their facebook page for all the latest. You can use my discount / promo code 'K8NZ
Post a Comment
Read more 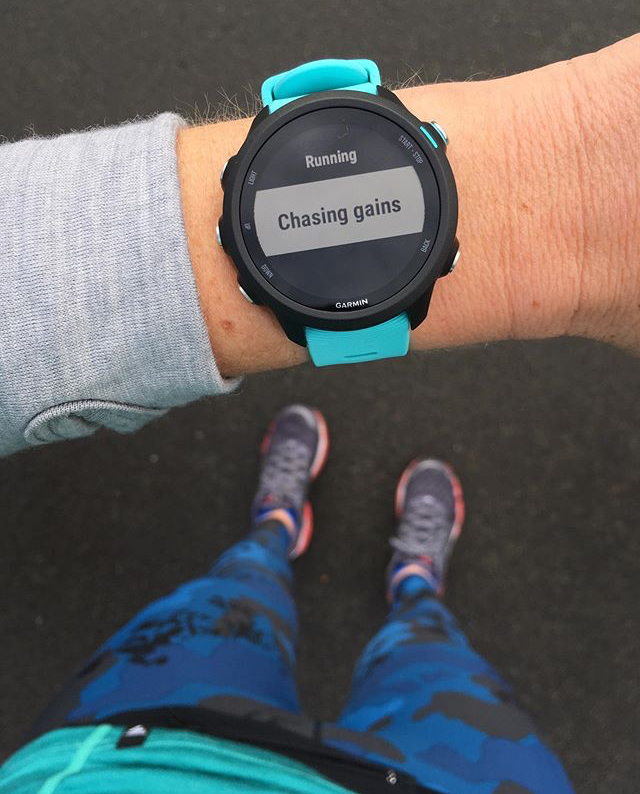 Got some interval work on the training plan?  Struggle with having to keep an eye on your watch for distance or time so you know when the interval ends?  Sick of the endless watch checking to make sure you're running at target pace?  Worried about losing count of how many reps you've done or how many you've got left to go? I shared recently about how I use Garmin Workouts and a few people asked how to set them up, so I thought I'd put it in blog form!  Have a read below to see how easy it is.  Once you start, you won't go back! What are Garmin Workouts? You can create individual workouts with your choice of intervals, distances and/or times, goal paces, and send them to your Garmin.  Your Garmin then tells you when you're warming up, when to start picking up the pace, when to recover.  You can even set goal paces for each step too, so it can tell you to speed up or slow down according to your goals.  It keeps count of what rep you're up to, so you
Post a Comment
Read more 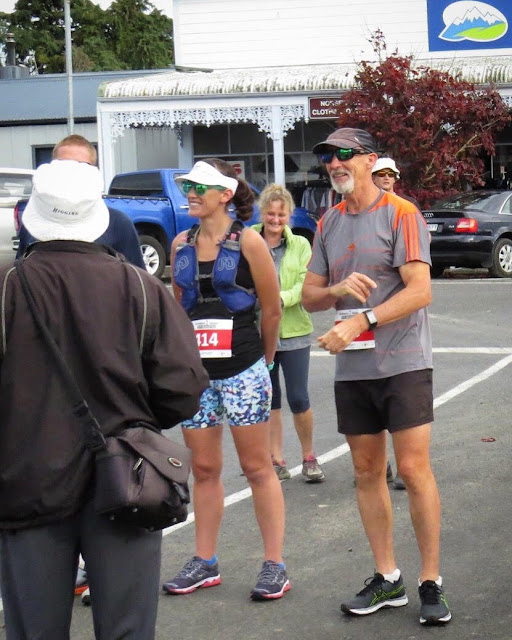 Sunday May 12, 2019:   A point to point race between Norsewood and Takapau using back country roads.  It is organised by Takapau School  as a fundraiser - at $25 for a half marathon it is great value.  It's most definitely a no-frills event - no medals here, times recorded manually at the finish - but I love the grassroots style event. This was to be my 6th half marathon, and my training had been far less consistent than what I would usually do in the lead up to a half marathon.  I usually schedule in long runs with building distances, but this time around, while I'd still been running three-four days a week I hadn't run over 10km since the Ruapehu Express in February. A few weeks before the event I took part in the LedLenser Night run in New Plymouth, 12km in the forest with a reasonable amount of elevation, which I managed quite well (better than I thought!)  despite thinking I didn't have much endurance in my legs.   My mate Kevin had invited me over to d
1 comment
Read more 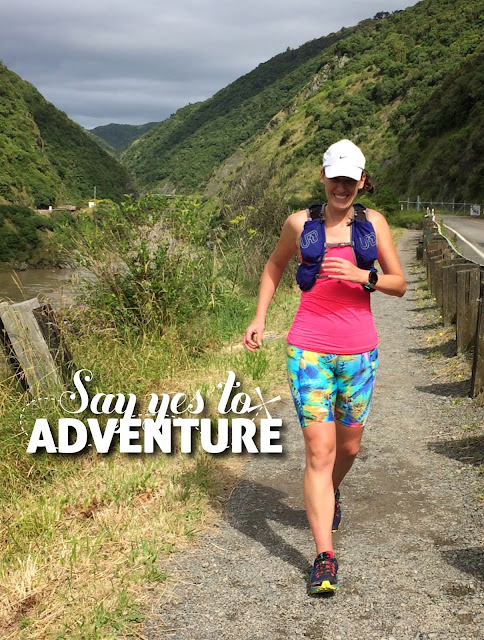 New Year, New Me?  Of course!   The beginning of a New Year is the perfect occasion to assess where one is at, and where one wants to be.   Because, if we're not looking to grow as a human and add to our experience of life, then are we really living?   Last year I set three words of intention for 2018 - Joy, Purpose & Courage (which you can read about here ).  2018 was a fantastic year for me - I took a lot of big steps, some which were way out of my comfort zone, and I was rewarded immensely for it.  More on that on a later blog to come. So what about 2019?  The first thing that popped into my mind on the 1st of January was "Say Yes to Adventure".  Yep, lets go with that.   So, w hat is adventure?   Typically painted as 'exploration into the unknown, fraught with danger and risk', - I don't think it's just about doing extreme, exciting and unusual things. Perhaps 'adventure' is really just about stepping outside your comfort z
Post a Comment
Read more 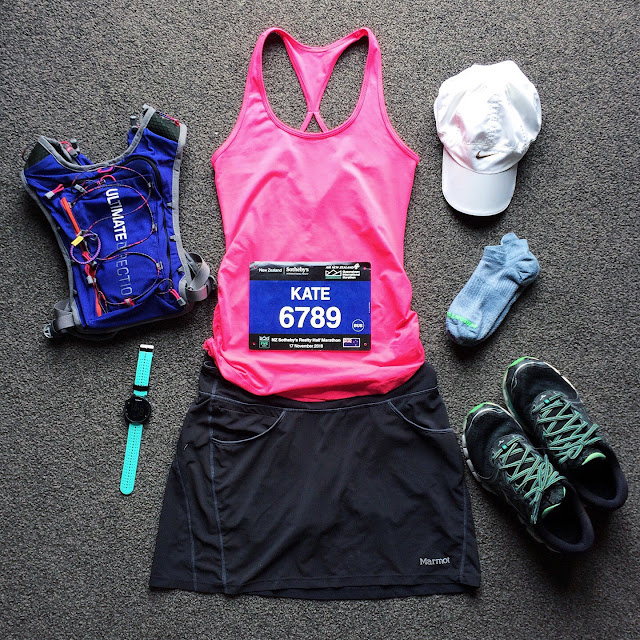 For a few years now I have said I wanted to go and do the Queenstown half, feeling that it was unlikely though as it's so far away and expensive to get to.  This year my hubby said "If you want to do it, make it happen".  So with that, I entered us both in May (the event is in November), and booked both flights and accommodation immediately! At the time, I was coming off an ITB niggle that put a bit of a halt on my training for a few weeks, but once I had that sorted, we were 10 weeks out from the half marathon which is a perfect build up for me.  The training went well - building those weekend long runs slowly with an occasional easier week (and a trip to Rarotonga in the middle!) and getting in three other shorter runs during the week.  My longest run was 17km (which I did two weeks in a row), with a two week taper.  The weekend before the race I set a new 10km PB which was a great confidence booster heading in to the half marathon. Then all of a sudden, race
Post a Comment
Read more 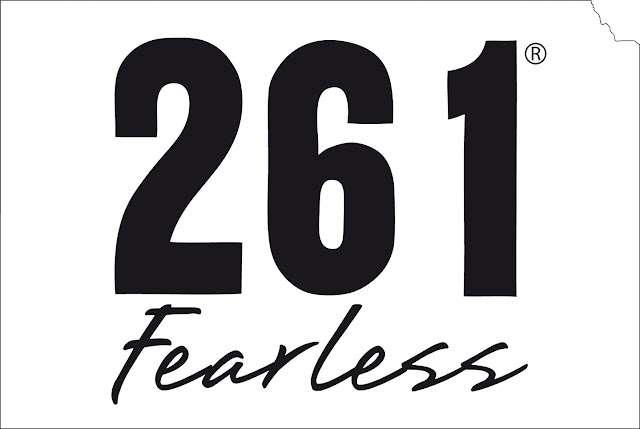 I have the great privilege of being involved with the 261 Fearless organisation.  It's a global network of women, united together to find their own strength and fearlessness through running.  It is comprised of womens running clubs in the US, UK, Austria, Germany, Switzerland, Canada, Albania, and New Zealand. It all began with Kathrine Switzer, a woman who came to be a pioneer of womens running, wore as the first official female entrant into the Boston Marathon in 1967.  Back then, it was a mens only event, women were not allowed to enter as they were considered too delicate for the long distance. Because Kathrine entered under her initials, K.V. Switzer, and due to the cold conditions was wearing a baggy sweatshirt and track pants, it wasn't until a couple of miles into the race that she was spotted.  A woman, in a mens race! The race director tried to forcibly remove her from the course, but he was stopped by her then boyfriend at the time.  Upset and angry, she continue
Post a Comment
Read more
More posts